What fascinates me the most about Martine Neddam’s virtual characters is the many ways in which one can talk about them. They are, indeed, quite complex artworks. Watching them over an over, I always find something that I haven’t seen before. Although Mouchette was put online more than 10 years ago (1997), and despite the fact that the novel and movie from which Neddam’s character was inspired were created 40 and 70 years ago (1937 and 1967), the issues she embodies are very actual : children mistreatment, suicide and identity construction among pre-teen girls. It is also the case for another artwork, David Still. Though this one was made after the expansion of the Web 2.0, the artist didn’t use the 2.0 platforms to create it. But her virtual character embodies important issues related to it.

With Mouchette and David Still (Xiao Qian is a little bit different) Martine Neddam has created pre-set imaginary friends for big people to use. What is an imaginary companion? According to Jersild (1968), an imaginary companion may be “defined as an imagined creature (person or animal) or thing that is usually vivid (it has its own vitality of its own and is as experienced by the one who has the companion)”. If we look at some of the movies, where the topic of imaginary friends occupies center stage (Drop Dead Fred for example), one can see that they are not only fantasies created by children. They play a major role in the construction of identity as they do for our relation to the world. They are expansion of the self and in that way, they give a great deal of self-consciousness to their “creator”. 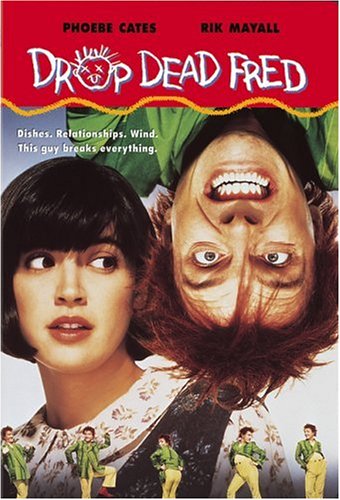 The pararadox : They are not myself but they are part of myself

Entering Mouchette’s website, one could think, at first, that it’s an artist’s website. But as the Netsurfer navigates through the links, he quickly becomes suspicious. Mouchette is 13 year-old. The links that he will find in the “browse me” scroll window are about sexuality, death, suicide. One could think that it’s a bad joke and leave the website. Others will think Mouchette really exists. Although the website is obviously fictitious (i.e : m.o.r.g.u.e, dead fly) we still see proofs of her existence : pictures of the little girl, big shot of her face licking the screen or other pictures showing her in the city. She also addresses herself directly to the Netsurfer. Mouchette boldly calls out the said Netsurfer on different issues, asking, for example, “what is the best way to kill yourself when your are under 13?” She also answers emails and, in that sense, even if it’s tangible or not, Mouchette “exists” for those who participate in the artwork.

But at a certain point, the Netsurfer is invited to enter Mouchette’s Network. He can obtain a password that will enable him to “become Mouchette”. He can upload his texts and photographs into the website and answer Mouchette’s emails. He then realizes that although her identity feels like unique, it is, in reality, multiple. The Netsurfer can be a part of the said identity. The experience of the artwork changes here. Mouchette is not someone real, a character, or, as we just mentioned, ourselves. She is all of that. This strange blend makes her become an imaginary friend, an extension of our identity that we experience as both dependant and independent of us.

The same thing occurs in David Still, but a little differently. From the beginning, the Netsurfer is asked if he wants to become David Still. He can use pre-set messages or emails of his own that he will send from Still’s email account. He can answer the character’s emails, he can also change the FAQ (frequently asks question) which become FAAQ (Frequently ask and answer questions). Of course, this participative set up creates problems. People have used David Still to insult other people or fraud companies. David Still is, for some people, a mean guy. In contrast, for others, he is a really cool guy. But beside this constructed identity spreading into the Web via emails, David Still has his own life story that he said it could be ours. Brief extracts of it can be read on the website and pictures of his youth until now can also be watched. The man on the picture exists. He says he is David Still, but he also says that we are him. We feel that we can control the character, but at the same time, we realize that he, this multiple he, has the power to control us. The artist behind this is the one that has the most power in all that, but at the same time, she can’t control all the emails that have been sent under the name of her own character! This shows not only that we never really know someone on the web, but rather that every action we do on the Web is fashioning our identity and that every single fact we believe is, in return, fashioned by many people. How true is Davis Still?

Nowadays, and even before the advent of the Web, we are all virtual character : “Au fond, tout le monde est devenu un personnage virtuel à partir du moment où quelqu’un fait des choix, l’exprime et le construit dans un medium” (translation : in fact, everybody has become a virtual character as we make choices, express them and construct them in a medium”). Martine Neddam.

Martine Neddam’s recent platform Virtualperson.net that allows everybody to create a virtual person

Numerous allusions of their virtual aspects let us think that Mouchette and David Stil are intangible (for example, David Still lives in the sail tower, Mouchette has the website address around her toe in m.org.ue.) and, therefore, that it is possible to invest them. They are a synthesis of all paradoxes that we find on the web : Mouchette is both dead and alive, David Still is both “still” and in movement, the characters are both us and not us. What does it mean to be alive on the Web? What are the relations between our web presence and our tangible presence? When does the stillness of a photography published on the web get vivid? What is real? What is fictitious? Can’t we say that the real is only a matter of believing. Is identity tangible anyway? If we believe, not in the sense of a religion, but simply in the sense of credibility, isn’t it real then?

To exemplify this, Mouchette, which is you, me and everyone, had a legal proceedings attested by the SACD’s (a society defending author’s rights in France) cease and desist notice personally addressed to Mouchette for having illegally used images from the Robert Bresson film called Mouchette. Martine Neddam’s artwork is a remediation of Bresson’s movie, just like Bresson’s movie is an adapation of Bernanos book! The Web offered the artist the possibility to explore the narrative and the movie into a multi-linearity reflecting both the media and the generation for which she did it. The interactivity offered the possibility to implicate the Netsurfer into the issues that Mouchette embodies through time. Apparently, Bresson’s wife didn’t see it as an adaptation, but rather as contradiction with the “real” (?) Mouchette’s story. And above all, she addressed the letter directly to Mouchette! This letter now replaces the section containing the images of Bresson’s movie in the artwork. It is definitely taking part in the experience of Mouchette now. By doing that Bresson’s wife made this new Mouchette even more alive. She is now part of the narrative!

David Still and Mouchette both reflect on identity construction as being an open hypertext. They also reflect on the way we control our image through the symbolic figures inhabiting us. The net artwork represents the all important intertextuality of the identity itself. In Mouchette’s case, each medium (literature, cinema, webart) expresses something different. This shows that those issues are not new with the Web, but they are, in reality, modified because of the new possibilities made viable by the latest means of communication. It also points out the fact that a figure, like Mouchette, belongs to everyone and is not subjected to copyright.

When we broadcast ourselves, I believe we are less creating an identity than creating imaginary friends for us and for others. These little extensions of ourselves have a life of their own despite the fact we think we can control them. We abandon them, in a way, to this hypertext and, in return, they are linked and fashioned by others. In some case, these imaginary friends can be very productive for our creativity, especially if we are conscious and open to the Web possibilities …